Jitka Puldová is one of the key employees of GUARANT International (GI). She completed Science Grammar School and a two-year study course in tourism in Karlovy Vary. She has been working as a project manager for 26 years. She came to GI after her work in the Department for Congress Tourism in Čedok. She worked for its foreign office in New York for one year and a half. Jitka experienced the times when modern computer technology, the Internet and e-mails were not available yet which is something that many of us can hardly imagine. At GI, she was involved in the organization of almost a hundred events and has one of the longest employee longevity in the company.

Jitka, how did your career start?

Together with other colleagues, I started in Čedok in the Department of Congress Tourism. The typewriter was my most important piece of working equipment. Pro forma invoices sent to participants by regular post contained carbon papers between the pages. When we made a mistake when completing the form, we threw it away and had to fill it out again. When the congress began, we were all drowning under heaps of paper with our hands blackened by carbon paper. Later, we received a telex and then a special machine in which it was possible to program repetitive data on the invoices. The rest was typed in. For all congress participants, we issued confirmations needed for the visit to the Czech Republic.

In 1995, I joined GI, for which the other colleagues worked already. It has been 26 years this year, during which I was on a four-year break on maternity leave.

How did you manage to combine your work with home care and family life?

My husband was self-employed, so it was he who took care of our son when it was necessary.

What events did you organize?

At first, I did incentive events. The first event was the 50th anniversary of the liberation of the city of Pilsen by the American army. We worked with the City Hall and the military base. We had to hire dozens of externs, plan the parade in detail and create a navigation system from the outskirts of the city to the centre. Other events include a business mission to Dubai and Bahrain or an incentive trip to the food fair in Chicago and a subsequent meeting with food experts in New Orleans.

Other events were also interesting–such as the AirMed air rescue service congress, the IFA Global Conference on Ageing, Eurasphalt & Eurobitume Congress, ICOLD (International Commission on Large Dams), the EuroELSO congress (Extracorporeal Life Support Organization). I have fond memories of the AirMed congress in May 2008, for example. The event was held in two locations–there were meetings at the Hilton Hotel and an exhibition of helicopters in the Industrial Palace at the Prague Exhibition Grounds. We were lucky enough to be able to use this beautiful space before it was burnt down in October 2008. The highlight of the congress was to be a practical demonstration of air rescue service interventions in one part of the Průhonice Park. Unfortunately, that spring, it rained a lot and ducks were swimming in the spot where the helicopters were supposed to land. The event finally took place at Kbely Airport. The AirMed Congress was preceded by a promotion event at the AirMed Congress in Tampa where the legendary Black Hawk helicopter, known from the movie “Black Hawk Down”, was exhibited.

Have you ever had to improvise a lot?

These are situations in which you have to deal with a calm head and keep the participants at ease. When we drove from New Orleans to the airport, we got a bus driver who was the first day on duty, he did not know the way and got lost. Then, somewhere in the middle of the Everglades, one participant suggested to me to go somewhere and make a phone call. There were no cell phones since it was back in 1996. Eventually, we got to the airport but because we missed the flight to Miami, it was necessary to arrange for a replacement flight.

How do you compare the work at the beginning of GI and today?

It is absolutely unbelievable to compare the early days and the progress in 2021. Computers were first available only in GI. Communication took place by fax. E-mail addresses were not available for a few years. There was no Internet, it was not possible to find information on the web easily, everything was hard to find. The Internet has sped everything up and thanks to COVID, we have recently moved into the virtual world. It is a huge leap.

What is your motivation?

I must enjoy my work and I need to have nice people around me with whom I feel relaxed and whom I can rely on. This is the alpha and omega of everything because, at work, we spend a good part of our lives. In addition, I need work that is independent and diverse. I always wanted to travel, learn languages, get to know foreign countries and work with people. Everything came true for me.

What did the pandemic give you and take away from you?

The pandemic made it impossible for us to hold classic congresses and threw us into the virtual congress world. At first, it seemed interesting but, a year later, we can already see that, in the long run, physical encounters of people cannot be replaced by anything. Furthermore, we started to work more from home and we found out that it was possible.

Personally, the pandemic gave me the opportunity to stop and rest.

GI organizes large events, we have specialized departments, our own registration system in place and, financially, we can afford more than a family business. It is an interesting job in a good team, allowing continuous self-improvement and, thanks to our clients, insight into their fields, as well as the possibility of travelling. 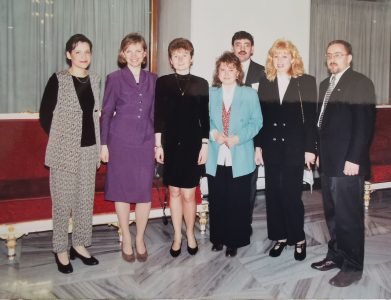 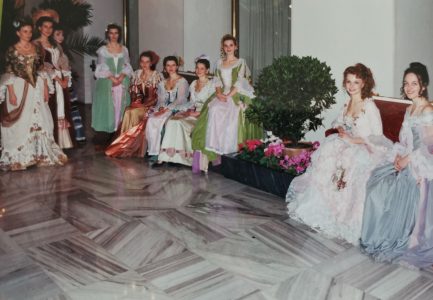 Information on the processing of personal data